Five former abused, female employees of a South Florida farm were awarded $17.5 million from a federal jury.  They were allegedly raped or sexually assaulted while working at a vegetable packing plant in Florida.

According to legal complaints against Moreno Farms, three men were accused of sexual harassment against the women.  They are accused of threatening the undocumented women and saying that they would be fired if they didn’t have sex with their supervisors.  The harassment took place in coolers and an office trailer at the packing house.

The immigrant women will likely have trouble receiving any money because the company closed after the case was brought forward and the men were never arrested.

"It's more of a symbolic victory. The women knew that when the case was brought. But for them it was a question of justice," said a lawyer for the women, Victoria Mesa-Estrada.

Mesa-Estrada went on to say about the women that attended the trial, "They were in tears when the verdict was read.”

None of the accused men appeared in court.  The company was not represented by an attorney during the trial.

The women in the case were fired for resisting sexual contact with the three men.  Two of the women are from Central America and the other three are from Mexico.

According to the legal complaint, three of the women were raped, while the other two escaped rape.  Their attorney explains that the women will be granted U visas for victims of crime who assist law enforcement. The victims reported the assault the police a few weeks after it took place but prosecutors didn’t think that there was enough evidence to build a case. 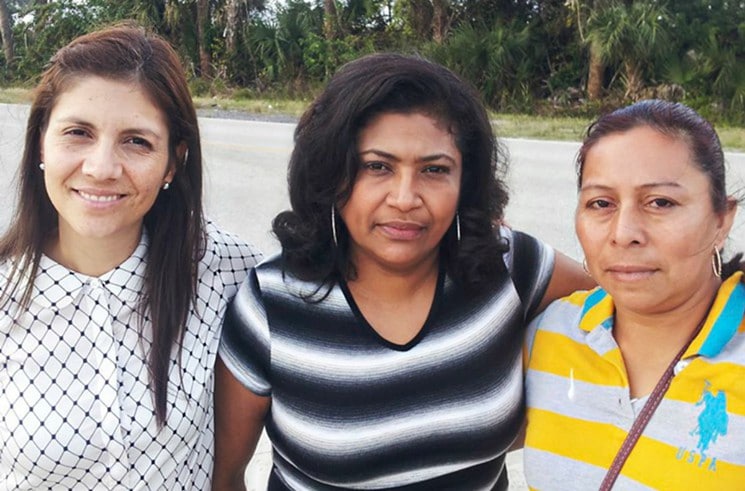