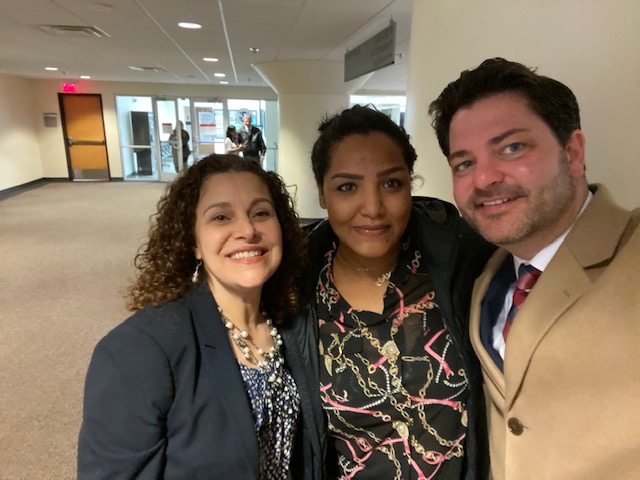 Mashael is from Saudi Arabia.

In 2010, she came to the United States on an F1 student visa.  She studied to become a nuclear medicine technician at Saint Louis University.

Scott is a U.S. citizen.

In 2015, Scott and Mashael met through mutual friends and began spending time together.

Soon, they fell in love.

In May of 2019, they contacted the Hacking Immigration Law to begin the marriage-based green card process for Mashael.

Attorney Amany Ragab Hacking met with them and prepared them for the I-130  and I-485 green card process and interview..

Amany Ragab Hacking attended the immigration interview with Scott and Mashael on January 21, 2020, and they were approved!

Mashael just received her green card in the mail.

We are very happy for them!