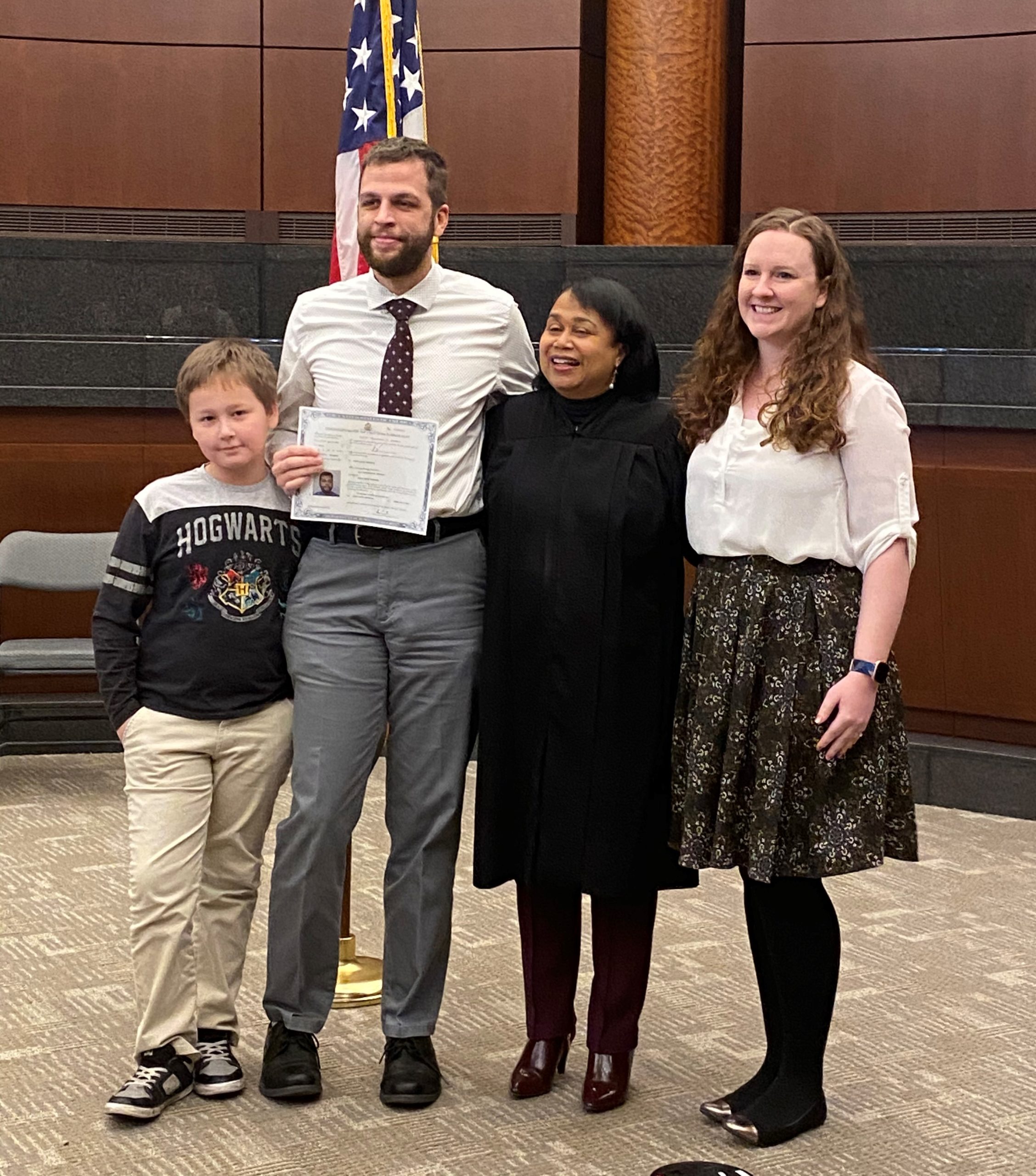 Elizabeth is a U.S. citizen and is a school teacher. Kai is from Canada and is a medical oncologist resident.

Elizabeth and Kai fell in love and married.

Kai has a son, Victor, from Canada. Elizabeth and Kai came to see us about applying for Victor’s green card. They had already applied twice, but one case was denied and the other was delayed.

We decided to start over and apply again through Elizabeth. Attorney Amany Ragab Hacking attended the interview and the case was approved. Victor received his green card!

While we were working on Victor’s case, we noticed that Kai’s green card, a conditional green card, was about to expire. We assisted Kai in removing the conditions on his green card and submitted the Form I-751.

We helped Kai file for citizenship. He had his interview shortly after that and this past week, he was sworn in as a U.S. citizen.

Congratulations to Kai and his family! We are happy for all of you!