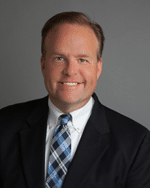 The Hacking Immigration Law, LLC, a national immigration law firm based in St. Louis, Missouri, recently filed a lawsuit in the U.S. District Court for Washington, D.C.  The lawsuit sought a judicial order compelling USCIS to decide a long-pending I-130 spouse petition and the accompanying I-485 adjustment of status application.

Our clients are a husband and wife from New York City.  The wife is a Chinese foreign national.

The couple applied for adjustment of status for the wife back in April of 2016.  The New York field office had been playing games with their case for months and months.

The couple repeatedly and consistently contacted USCIS trying to get their case moving.  They could never get any answers at their InfoPass appointments.

In fact, USCIS tried to deny the case, but they never sent the denial notice and then tried to send a back-dated denial notice.  The agency really did a horrible job of processing the case and kept making mistake after mistake.

The couple went to the New York field office and requested that the case be reopened.  They pointed to the fact that the agency had never actually sent them the denial notice.

The case was reopened.  However, USCIS then quickly turned around and denied the case again.

The couple returned to the field office and highlighted all of the problems that the office had caused and met with a supervisor.  USCIS decided to reopen the case once again.

And then nothing happened.  Nothing.

The case dragged on for months and months.

The husband and wife found our law firm on the web.  They heard about how we like to sue USCIS and related agencies for delays in the processing of citizenship, adjustment, asylum and visa cases.

Firm attorney Jim Hacking met with the couple over Skype and they decided to hire us to sue USCIS.

We filed suit on June 27, 2017 in federal court.  We then served copies of the lawsuit on each of the defendants by certified mail.

Things then began to move quickly.  We first received an approval notice and then late this week, the couple received their long delayed green card in the mail.

The best part is that because the couple had been married so long before the green card was approved, they received a 10-year green card.

Happy to have been able to help this very nice couple.