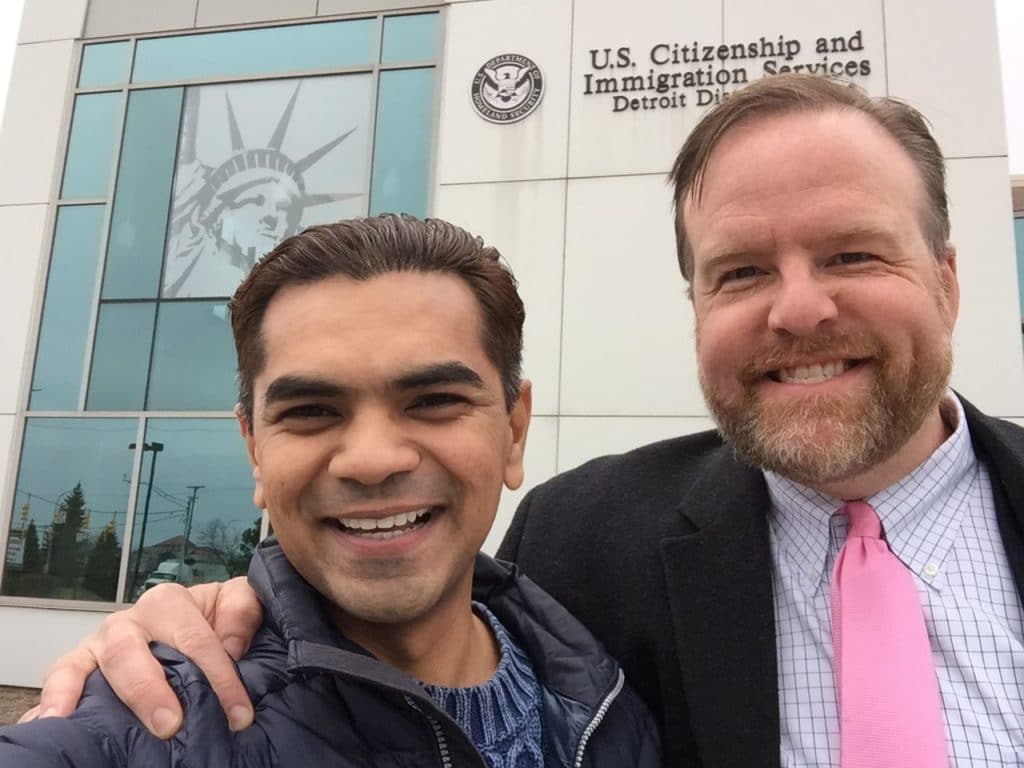 This is our client, Bhavin.

Bhavin was born in India and came to the U.S. to study.

He is an engineer and works for Ford Motor Company. Bhavin lives near Detroit, Michigan.

Bhavin obtained lawful permanent resident status many years ago through his family.

In the summer of 2015, Bhavin filed an N-400 naturalization application with USCIS.

He underwent fingerprinting and biometrics at the Detroit USCIS Application Support Center.

Then he waited for his interview.

He did everything that he could do to follow up with USCIS to see why his case had been delayed.

No one would give him a straight answer.

Bhavin went to InfoPass appointments at USCIS. That didn’t work.

Bhavin asked for members of Congress to help. That didn’t work, either.

Bhavin asked for the USCIS Ombudsman, who is supposed to be the consumer advocate at USCIS to intervene. Still that didn’t work.

Frustrated, Bhavin did not know what to do.

After waiting over 15 months and running out options, he took to the internet.

He found a forum on a website called Trackitt. This website allows people with similar problems to talk about them online and to post about possible solutions.

Bhavin found some references to a crazy immigration law firm in St. Louis that helps people whose immigration cases have been unfairly delayed.

He scheduled a Skype consultation with attorney Jim Hacking of our office.

Bhavin decided to sue USCIS after meeting with Mr. Hacking.

That was six weeks ago.

Today, Bhavin had his naturalization interview at the Detroit field office of USCIS.

The interview lasted about 30 minutes. Mr. Hacking flew in from St. Louis for the interview.

Everything went well and Bhavin was approved on the spot.

His oath ceremony is scheduled for one week from now.